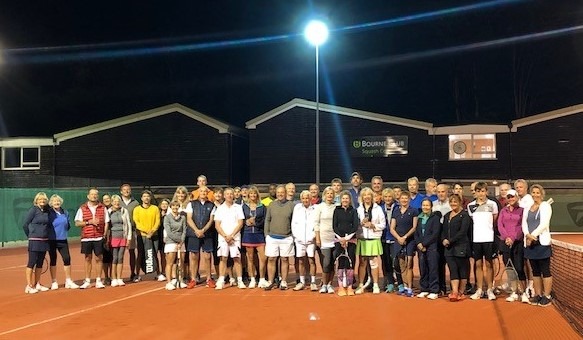 On the evening of Tuesday 3rd September,  100+ members were at the Club to celebrate the official opening of our newly resurfaced courts with a BBQ accompanied by new band, ‘Dusty Tracks’ as well as an informal Social Tennis Tournament which saw the Manager’s team take on the Head Coach’s team.

Around 40 members played in the ‘tournament’ and got a (brief) chance to try out the new ‘Clay’ courts. The weather was kind and the competition was lighthearted but close and culminated in a play-off duel between Alex Kemp (the Club Manager) teamed up with young gun, Justin Worthy, and Alex Fricker (the Head Coach) teamed up with Men’s C captain, Will Brook. Alex Kemp’s team won the competition by a narrow margin and fun was had by all.